WASHINGTON, DC – Sheila Dillon, Chief of Housing for the City of Boston, and Bill Machen, a Boston-based tax credit attorney and partner at the law firm Holland & Knight, will each receive a 2015 Vision Award for their contributions to affordable housing and community development. The Vision Awards, which annually recognize innovative and impactful leaders in the private and public sectors, are presented by the National Housing & Rehabilitation Association (NH&RA) at a ceremony in Boston, MA.

“Historically, Boston has been an intellectual hub for the affordable housing community. Both Sheila Dillon and Bill Machen are among the key behind-the-scenes people who are critical in the creation and preservation of affordable housing for this city and across the country,” said NH&RA Executive Director Thom Amdur.

NH&RA will present a Vision Award to Sheila Dillon at the 2015 Fall Developers Forum on November 2 in Boston, MA. Due to scheduling conflicts, Bill Machen will receive his award at a special ceremony during the 2016 NH&RA Annual Meeting in Palm Beach, FL, on February 25. 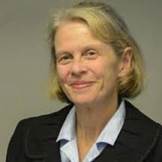 Dillon was appointed to her current post in August 2012 by the late Mayor Thomas M. Menino, who was widely admired for his commitment to housing, healthcare and facilities to support Boston’s previously underserved populations. Before that, she had been Director of the Rental Assistance Bureau of the Massachusetts Department of Housing and Community Development, where her responsibilities included the Section 8 program and the state’s rental voucher program. She has held various housing-related positions for the city government, including Deputy Director of Housing at DND, where she oversaw both affordable housing development and programs for the homeless.

Machen’s work has helped make Holland & Knight’s Tax Credits Transactions Practice one of the largest in the United States. When the low-income housing tax credit was created in 1986, Machen was a pioneer maximizing the benefits of the credit to affordable housing developers and residents. Despite decades of developing a keen technical expertise in the field, Machen has not lost sight of impact of his work. 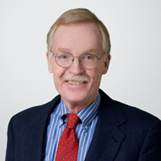 “I’ve always felt that those of us who operate in this area are doing something that is helping to implement Congressional intent to try to make affordable housing available to people, and to try to foster the rehabilitation of historic buildings,” said Machen. “And even though the work can be very technical and you’re dealing with very complicated provisions, when you step back and look at that Big Picture, I’ve always taken a lot of satisfaction that what we’re doing is doing good. That’s important to me.”

NH&RA is a professional association of companies and individuals who are involved in affordable housing, historic rehabilitation and New Markets Tax Credit development. Members meet quarterly for serious discussions of significant issues affecting the tax credit and affordable housing industry. Designed to foster relationships, NH&RA’s meetings are renowned for the combination of cutting-edge information and opportunities to network and collaborate. To register for the 2015 Fall Forum and attend the Vision Awards ceremony, visit click here.